Ronald Reagan and the Titanic

A Titanic exhibit unlike any other has opened at the Ronald Reagan Presidential Library and Museum in Simi Valley, California. None of the items on display were taken directly from the wreck itself. Instead, items carried off the ship by survivors, objects from the 1985 discovery of the wreck, and those pertaining to the 1997 movie Titanic are part of the 10,000-square foot exhibition. But why the Reagan Library? Was there a connection between the President and the Titanic?

When Titanic sank in 1912, most people believed the ship would never be found. Exactly where she rested was unclear, and a few expeditions through the years to her last known whereabouts failed to turn up any evidence.

But in 1985, everything changed. Robert Ballard of the Woods Hole Oceanographic Research Institution had worked with unmanned submersibles since the 1970s. He’d explored several shipwrecks, but finding the Titanic had always been his dream. Finally, after raising the funds for an expedition and partnering with a French research team, Ballard found the Titanic. The first photos of the ship as she lay on the ocean floor were seen on September 1, 1985. More information and photos were gathered during subsequent explorations. 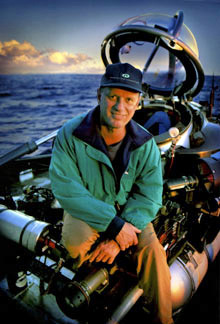 Ballard wanted the wreck site to be left undisturbed, but many salvagers soon undertook their own expeditions and retrieved thousands of artifacts, at times causing controversy among descendants of passengers or crew and others who agree with Ballard. Today, the only official salvager is RMS Titanic Inc. The company is not allowed to sell any of the artifacts, but may use them for public display and charge admission to pay for its expeditions. 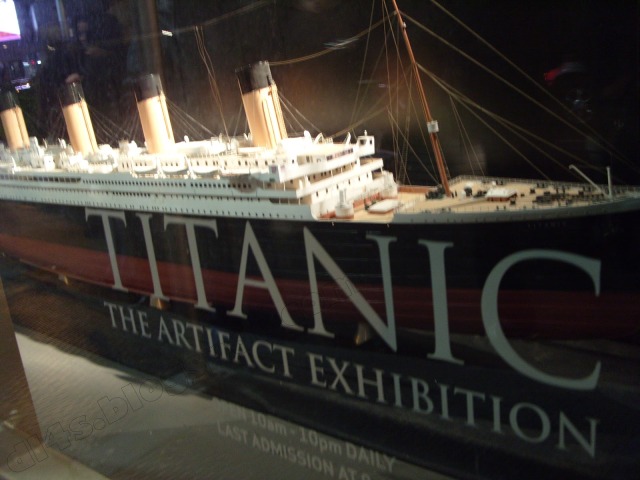 In 1986, President Reagan issued the International Maritime Memorial Act to protect the Titanic site and preserve it for generations to come. Following the passing of the Act, an international agreement between the United Kingdom and the United States was reached, which states the same policies as the Act but on an international scale.

At the Reagan Library exhibit, some of the items on display include Robert Ballard’s submersible, Alvin, that took him down to the wreck of the Titanic, sheet music found on the body of orchestra leader Wallace Hartley, and one of the ship’s eight deck chairs known to still exist. Props and costumes from the Academy Award winning movie and many other items of interest can be seen by the public for the first time.

This is not a traveling exhibition, and will only be available for public viewing until January 7, 2018. Please enjoy the following video for more about the exhibit:

← The Unstoppable Edwina Troutt
Titanic in the News: Artifact Auction →

6 Comments on “Ronald Reagan and the Titanic”